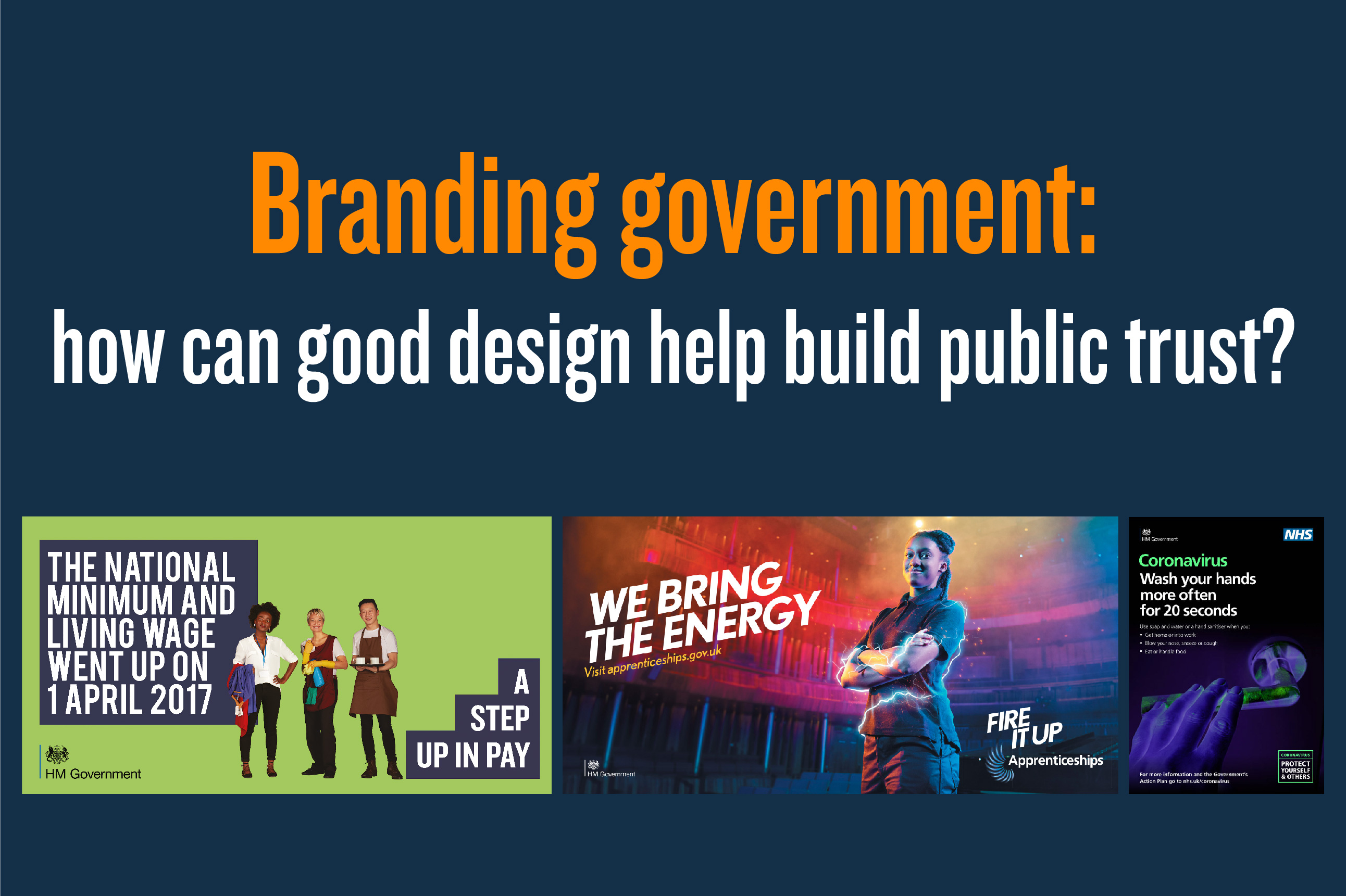 You are probably familiar with the HM Government logo, with its recognisable Royal Coat of Arms. You may have also noticed that some individual government departments use the same logo format. This is because they follow the government identity system. But what is it and why do we use it?

What is the government identity system?

The government identity system was introduced in 2012 as a cohesive, consistent and cost-effective approach to branding government organisations.

It provides a set of simple design principles to create a family of logos, all unified under the HM Government parent brand. Using it makes it clear that an organisation is part of government, or that an advert or piece of signage is a government communication. 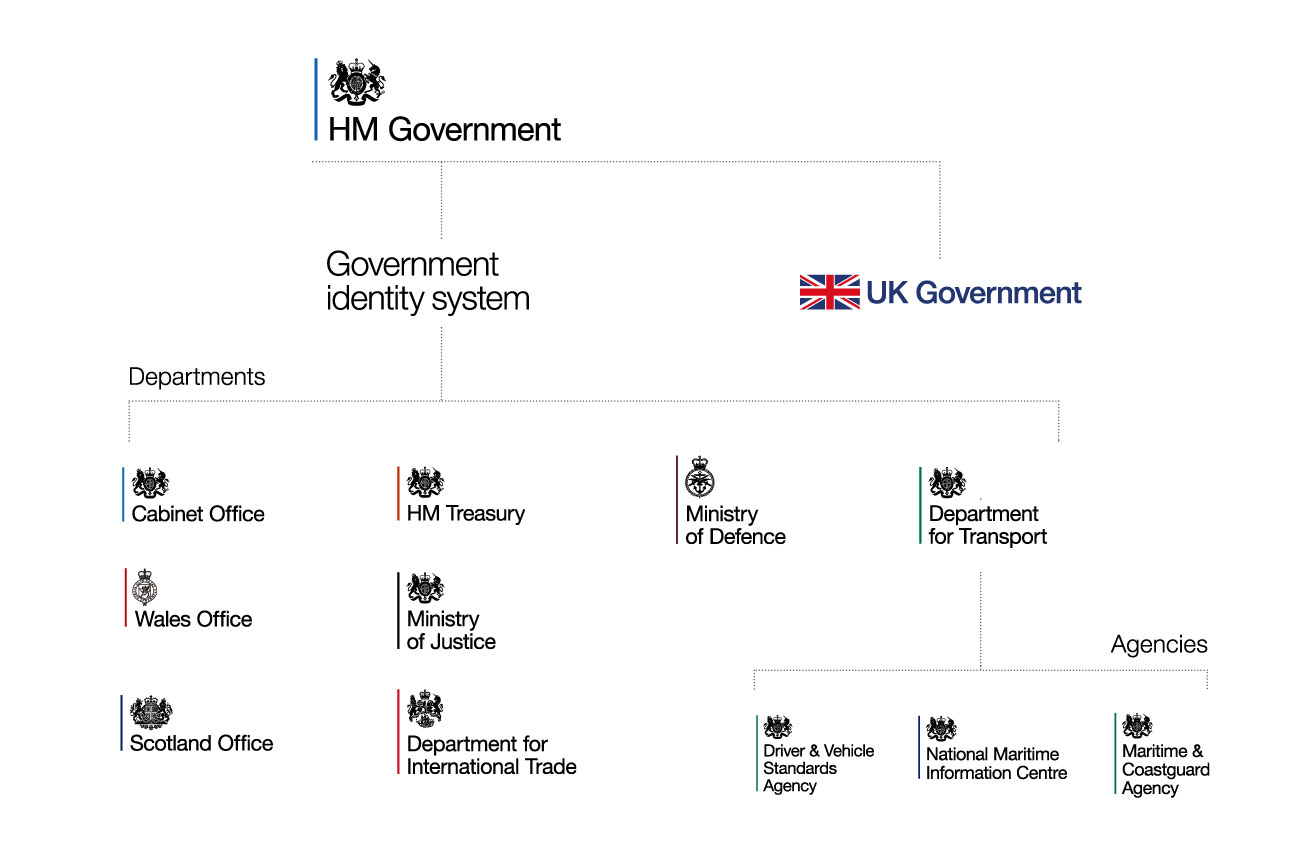 You may have seen it on TV, posters, social media ads and more – it works across many different platforms.

How did the idea come about?

Departments and agencies used to have their own logos, which were very varied in terms of design. Branding was disparate and this wasn’t cost-effective – particularly when it had to change in response to organisational changes.

In 2011, a set of design principles was proposed to create a unified system.

Research on government symbols and brands, commissioned by the Cabinet Office, showed there was strong public support for using a government identifier. People associated it with transparency and said it helped them feel more aware of what the government does.

We looked to other governments with successful identity systems for inspiration. The Dutch government was a particularly good example – it had implemented one logo and house style to cover all 175 of its organisations.

The logo design has three elements: the organisation name in full, the Royal Coat of Arms and a vertical colour line. It is simple and repeatable. The master HM Government logo uses blue, and different departments have their own colours – a subtle differentiation.

The distinguishable Royal Coat of Arms crest links the departments and agencies, showing that they’re all part of HM Government. The Cabinet Office research indicated that the crest was a favourable way to represent government because it’s perceived as a trusted and authoritative ‘stamp of approval’.

The identity system also covers social media avatars. For these, the Royal Coat of Arms is used on its own, with the department or agency’s primary colour as the background. 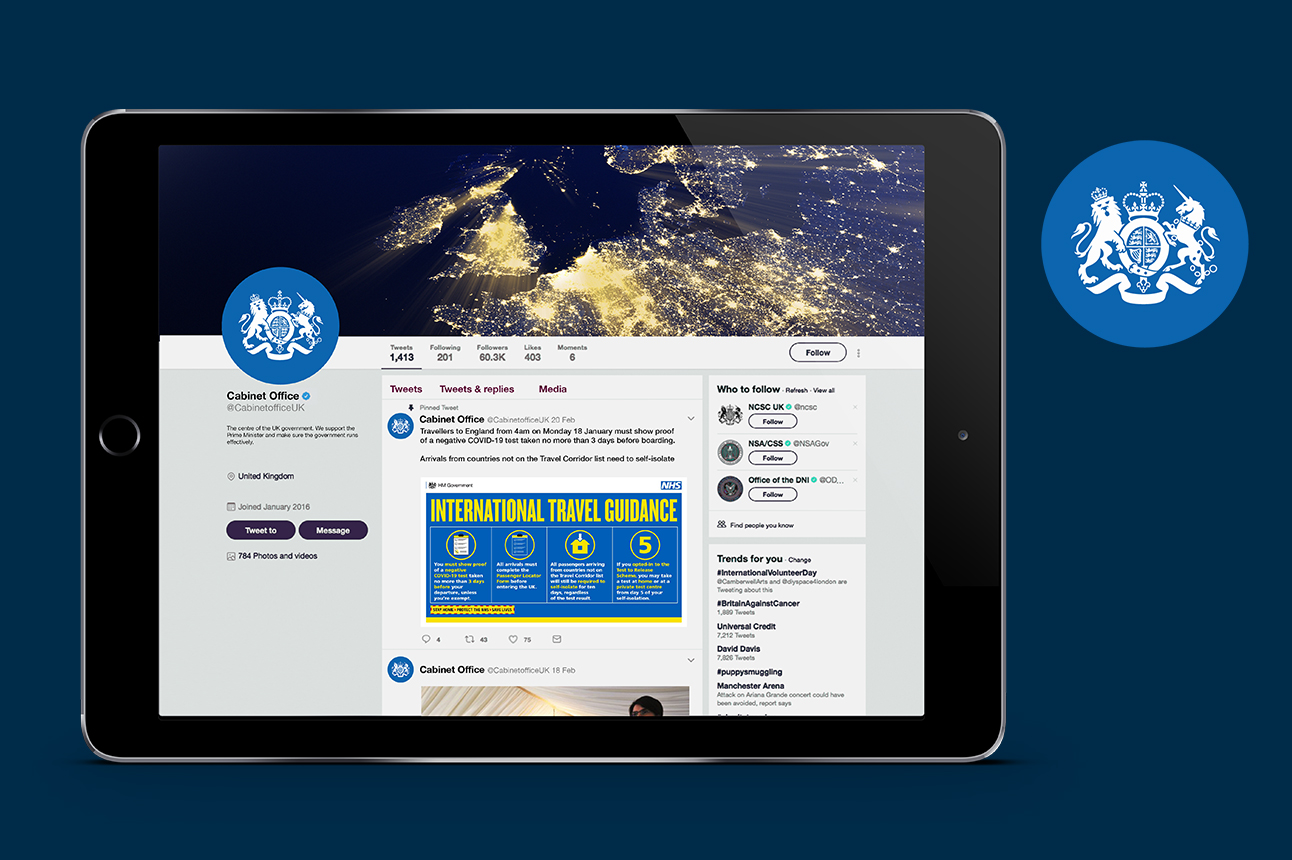 The overarching HM Government brand is used for cross-department activity – a simple and direct alternative to using multiple logos. It can also be used on:

Recent updates to the guidelines

Towards the end of 2019, GCS started to put additional emphasis on using the HM Government brand for all public-facing communications. This was based on the findings of more recent research on recognition.

Why is consistency so important?

It’s really important to use the government identity system to create logos for government organisations because it reflects a united government working across the nations. It supports brand recognition, helping the public to trust that branded communications are legitimate government information.

Make sure you use the logos correctly, sticking to the right proportions and exclusion zones. These proportions have been designed to comply with accessibility standards, which are a legal requirement for online government content.

This will also ensure your communications look engaging and professional!

Where to find guidance and who to ask

You can find more information about the HM Government identity system and the brand guidelines at: https://hmgbrand.gcs.civilservice.gov.uk/the-identity-system/

For further advice on how to use the identity system or to request artwork, contact Design102 or the Cabinet Office branding team.

If you’d like to know more about Design102 or you’ve got a project we can help with, just drop us a line at hello@design102.co.uk